First Crushes…we all remember those.

I am excited and pleased to welcome the award winning novelist Kai Strand. Kair writes children, middle grade and young adult novels and short stories.  She’s hear today to talk about first crushes and her book, BEWARE OF THE WHITE, plus enter to win a prize package.

Beware of the White by Kai Strand

I had my first crush in second grade. His name was Scott and to be sure he knew I had a crush on him, I’d kick him in the shins as often as I could. I was the best kicker on the playground. I’d chase him all over the playground and out onto the baseball fields until I caught him. I was also the fastest runner on the playground. Well, my best friend, Erin, and I were neck and neck. Poor Scott. He never stood a chance.

In BEWARE OF THE WHITE Terra has her first crush on her security guard, Frank. Being twelve instead of seven, she doesn’t kick him in the shins though. She throws him against a wall. Poor Frank. 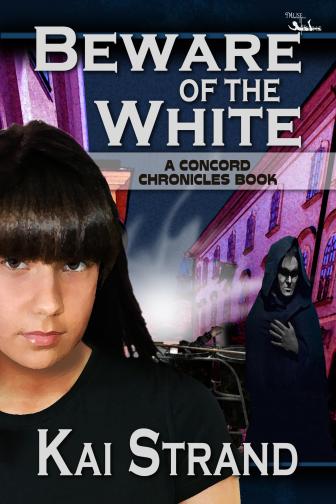 As is tradition, Terra learns on the Saturday past her twelfth birthday that she is a Natures Spirit. It is her legacy to serve in the peaceful underground city of Concord. Learning she is named in a prophecy and being threatened by the leader of the death tribe…that part breaks tradition.

The Trepidus are the death janitors of the Underworld, responsible for delivering fatalities with a smile and cleaning up after themselves until Blanco, recent leader of the Trepidus, decides the day of reckoning for his species is coming. He begins organizing the creatures and leads them toward an uprising. The prophecy says there is one person who can stop him. Terra.

With Spirit of Security, Frank, protecting her, Terra attempts to complete her training and discover her Spirit talents. Together, they go on a rogue investigation to learn how to defeat Blanco. In the end, it comes down to a battle of the minds. The future of Concord is at stake. Will Blanco, the older, more experienced being win? Or will Terra, the young, new Spirit earn back the peace of the city?

Or look for it on iTunes 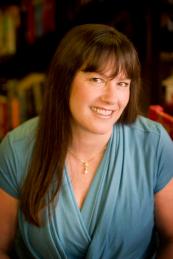 Kai Strand writes fiction for kids and teens. Her debut novel, The Weaver, was a finalist in the 2012 EPIC eBook Awards. She is a (very lucky) wife and the mother of four amazing kids. The most common sound in her household is laughter. The second most common is, “Do your dishes!” She and her family hike, geocache, and canoe in beautiful Central Oregon, where they call home.

To find out more about Kai’s books, download companion documents, find links to her published short stories and discover all the places to find Kai both virtually and in person, visit her website: http://www.kaistrand.com/.

She loves to hear from readers, so feel free to send her an email or visit her Facebook page, Kai Strand, Author.

To celebrate the launch of BEWARE OF THE WHITE, Kai Strand has awesome book related prize packages. Be sure to enter to win. And return again and again to claim entries as you qualify.

Kai will also have Spontaneous Giveaways during her book tour. Those giveaways won’t be announced so be sure to follow Kai’s tour.

Only virtual stalkers will have the opportunity at all the fun!

11 responses to “First Crushes…we all remember those.”